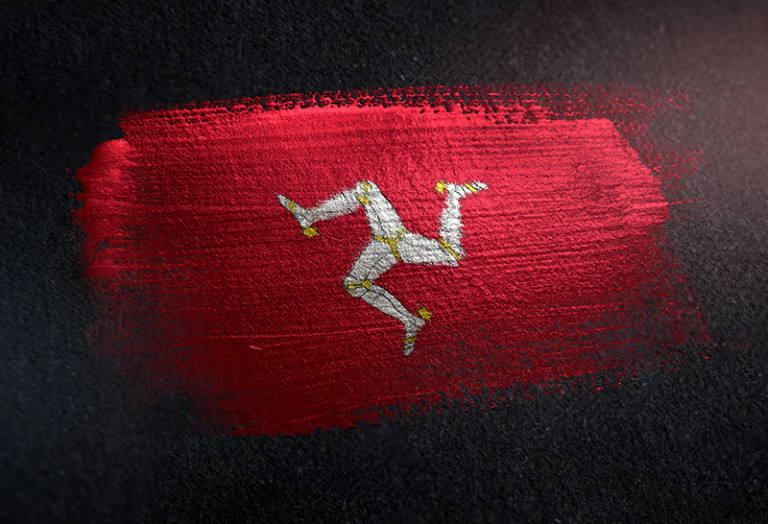 Jurby Church yard and Douglas Cemetery have a number of war graves.

At the beginning of the Second World War certain grave spaces were set aside by the local authorities in Block NF in the northern part of Douglas cemetery for service war burials, and this group now contains 25 war graves. The remainder are scattered in various parts of the cemetery. The total number of Commonwealth burials of the 1939-1945 War is 61.

Jurby has a large military graveyard, dating from the Second World War, containing the British, Polish and Australian servicemen who were based at the nearby Jurby airfield.

Robert Henry Cain, was born in China in 1909. Both his parents were Manx and he returned to the Island as a child. During the Second World War he commanded a rifle company of the South Staffordshire Regiment at the Battle of Arnhem for which he received the Victoria Cross.  His military decorations include the WWII Star, the France and Germany Star, the Italy Star, the Defence Medal, War Medal 1939-1945, the Efficiency Decoration, and the Queen Elizabeth II Coronation Medal. He died aged 65, in 1974. He is buried in Braddan Cemetery.

In St. Patricks churchyard are buried around 130 internees from Knockaloe First World War Camp including seven Turkish, and two Jewish. The majority of the German graves were moved to Cannock Chase (Staffordshire) in 1962.

Captain Quilliam, who served in the Battle of Trafalgar is buried in Arbory churchyard.

In St Maughold’s churchyard lie Charl Friderich Wilhelm Behrndt, Charl Grahl, and Charl Hemnies, aged 17, 21, and 23 years. These three Prussian sailors, were among a crew, who had their ship stuck on a sandbank in Ramsey in 1860, where it was badly damaged. Taking shelter in Ramsey, they died, by eating sauce which had been mistakenly thickened, with arsenic instead of arrowroot. Ramsey paid for their funeral and grave.

St George’s Church has a mass grave for 83 people who died in 1833 from Cholera. Nelly Brennan, the Manx Florence Nightingale, is also buried here. Originally a washerwoman she became first Matron of the newly established Hospital and Dispensary in 1839. Nelly Brennan devoted herself to the nursing of those afflicted by Cholera and after undertook responsibility for many children who had been left orphaned.

Braddan Old Church also has a mass burial of victims from Cholera, a collection of small stones dated July to September 1832.

Captain Edward Quayle, (1802-1862),the first captain of the Isle of Man Steam Packet Company is also buried in Braddan Churchyard.

As is Samual Ally, who was brought to the Island from St Helena by Colonel Mark Wilks, the then owner of Kirby Mansion House. Samual lived on the Island for three years before dying aged 18, in 1822. The abolition of slavery began in 1834.

In Kirk Michael graveyard lies the body of a woman “unknown and unclaimed” dated 8th December 1880. It is believed that she had fallen overboard on a ferry crossing or steamer and then was washed ashore in Kirk Michael.

The Quaker graveyard or Rullic ny Qakerny is located close to Maughold Church. Willaim Callow, donated the land and his gravestone tells of his persecution, before dying in 1676.

The Hall Caine Memorial is in Maughold Churchyard. Hall Caine (1853-1931) was a teacher in Maughold before his books became famous. Selling ten million books, he was the highest paid author of his day. His limestone obelisk was designed by Archibald Knox. He also has a statue in the Kaye/Summerland memorial gardens.

Lewin’s Folly on East Baldwin was built by Joe Lewin so he could be closer to God. Not strictly a grave.

The grave next to Corrin’s Folly is that of Thomas Corrin’s wife, Alice Corrin and their child. He had intended to be buried later with them, but his son had him buried in Peel, until the Bishop blessed the site, meaning that Thomas Corrin’s coffin was carried up the hill twice before being buried in 1845. There is also a memorial tablet to his daughter, Jane Corrin who died in 1831, in Ohio.

The Vampire grave in Malew churchyard is perhaps the most mysterious grave on the Island. Mathew and Margaret Hassal were buried in 1854. Their gravestone is draped with stakes and chains.

King Orry’s grave is the largest known Megalithic tomb on the Isle of Man.