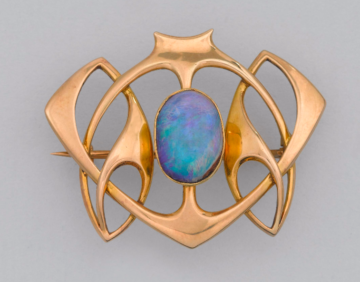 Archibald Knox, considered by many to be the Island’s greatest artist, died on this day, the 22nd February (1933). We wanted to mark the life of this extraordinary man, and his legacy, with a mention of the Archibald Knox Forum.

The Archibald Knox Forum is a Manx registered charity with one objective:

“the advancement of the education of the public, both in the Isle of Man and world-wide, in relation to the work and legacy of Archibald Knox, namely the Manx artist/designer of that name born in the Isle of Man in 1864 and who died there in 1933.”

Archibald Knox was born in Cronkbourne Village, (9th April 1864), as one of seven children to his Scottish family with his father, William Knox, employed as an engineer at the Moore family sailcloth factory.

Archibald Knox attended the Douglas School of Art (now the Douglas Youth Centre) from 1880 and later became the drawing master at Douglas Grammar School. This is where the headmaster, the Rev. John Quine encouraged, what would become Knox’s lifelong interest in Celtic Art and the ancient Manx crosses, introducing him to the archaeology society.

Knox’s life as an artist involved designing, painting and teaching art and design, both here on the Island and in London. He was engaged in designing fabrics and wallpaper, silver, pewter and graphic design, ceramics, illuminated lettering, headstone, graves and memorials. For his own pleasure, he painted evocative landscapes and other subjects, and had an exhibition of 80 watercolours in Canada in 1926.

His most famous design work is arguably that which he carried out for The Silver Studio and Liberty’s from 1897 to 1905. The ‘Cymric’ and “Tudric” ranges, sitting firmly in the Arts and Crafts movement, cover Art Nouveau and Celtic themes of ornamentation as well as Modernism.

In 1912, when he and his students walked out of Kingston School of Art, the students set up The Knox Guild of Design and Craft, which continued to operate until 1937. This is a great testimony to his genius and the high esteem in which he was held by those who met and were taught by him.

At the outbreak of WWI, he worked as one of the censors for the internees in Knockaloe and he continued that work until 1919.

Three communion silver pieces, which are on display in Peel Cathedral, were designed by Knox in 1929 and 1932.

His last great work, “The Deer’s Cry,” is an illuminated manuscript of St Patrick’s Hymn which he began as early as 1910, and was incomplete at the time of his sudden death, in 1933.

Knox had always been a very spiritual person, and felt that his great gifts were God given. He also knew that those gifts, had to be worked on and improved, by a constant striving for perfection.

To sum up Knox is difficult, but on his headstone, is written: “Archibald Knox Artist …….. A humble servant of God in the ministry of the beautiful.”

The Archibald Knox Forum holds drop-in centre events, visits to places of Knox interest, talks, films and exhibitions for enthusiasts. They produce free quarterly newsletters which are sent to the public by email.

To find out more about this incredible Manx designer, artist and teacher please join one of the events or exhibitions, or contact the charity in the following ways: